One of my fellow TRI101 participants shared this excellent article about building on your strengths in one event to bolster your weaknesses in another. I don’t really feel like I have any special strengths in running or cycling, other than “can complete required sprint distance.” But on reflection… that counts too. I definitely feel like my swimming is improving, though, and cycling the 10-15Km routes we use for training has been getting easier: an excellent sign that I need to go either farther or faster. The TRI101 program is scaled for participants who start at a low fitness level, but we are now at the beginning of week 6. If I stopped right now, I’m confident that I could finish a sprint triathlon, which is great news— now I just need to work on doing it faster.

So, the watch. Anyone who knows me knows what a gadget nerd I am. I saw a mention on Facebook of a big watch sale mentioned at the DC Rainmaker blog, so I started poking around and was fascinated by the idea of a GPS-powered watch that could track my workouts for me— something I’d been using my phone for, with varying degrees of success. After reading his über-review, I decided to get an Ambit 2S. As much fun as it would be to have the barometric altimeter in the Ambit 2, it wasn’t worth the extra money. It arrived Saturday, and first thing Sunday morning I strapped it on and headed to the pool. Here was my reward: a more-or-less accurate record of my swim activity. I say “more or less” because I think it miscounted laps a couple of times, and the “total distance” column in the laps table doesn’t match the “distance” field at the top. I will be using it for cycling and running in the next couple of days and can get a better idea of how it works but I am most interested in the “multisport” mode for triathlons. I’ll be using that at Mountain Deux next week. The watch can pair with heart rate monitors, cycle sensors, and all sorts of other goodies that I will eventually add. 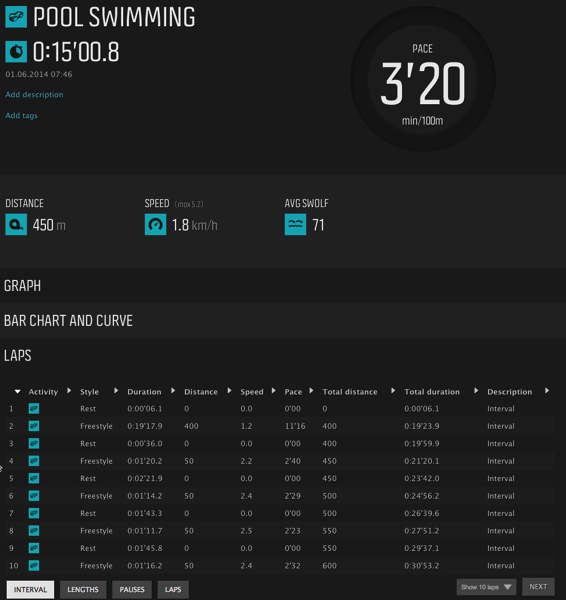 The upcoming week’s training should be good stuff— running tonight and Thursday, swimming Friday, and a bike/run brick Saturday. There’s a group that meets Thursday mornings to run a 4.5mi road course; I might join them to get a little distance in on the theory that if I can run 4.5 miles, it’s not that much of a stretch to run 6 miles, which means that I’d be in striking distance of running a 10K once triathlon season calms down some. On the down side, I also have a root canal Thursday (after running), so that may slow me down a bit. Hopefully I’ll bounce back in time for Mountain Deux on Saturday!

Exchange MCM R10 wrapup and a reminder about Exchange Maestro

Fellow Exchange MVP Jeff Guillet just finished rotation 10 (R10) of the Microsoft Certified Master program for Exchange. His writeup gives an excellent overview of what the program’s really like: intense and focused learning, now 7 days per week. It is very hard work, but the quality of the work that MCM candidates do with the skills and knowledge they get at MCM speaks for itself.

But suppose that you can’t spare the time or money to attend an MCM rotation? Good news: Tony Redmond and I have one more Exchange Maestro class coming up at the end of October in Greenwich, CT. For a limited time, using the registration code “FAN” will net you $250 off registration. (When I say “limited”, what I really mean is that I don’t know when Penton will stop honoring the code so I encourage you not to dawdle; the class is nearly full.)

But further suppose that you aren’t able to attend this Maestro event– after all, Connecticut in the fall isn’t for everyone. Good news: don’t forget that Tony and I are co-presenting a one-day workshop on planning and executing Exchange 2010 migrations as a pre-conference session at the Fall Exchange Connections show. In one action-packed day, we’ll cover the migration-related highlights from the Maestro curriculum, plus Tony will tell jokes. Trust me when I say that his jokes are not to be missed. Plus, it’s Halloween that day, so if I can persuade Tony to agree we might have a costume contest for attendees. I mean, who wouldn’t want to dress up in costume for Halloween in Las Vegas? That’s certainly on my bucket list. Feel free to leave costume suggestions for me in the comments section of this post.