So, first: here’s the view from my second-floor home office: 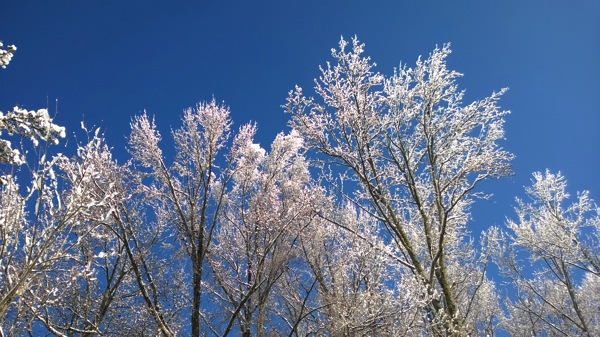 Actually, I had to walk across the street to get this particular shot, but it was worth it. We got about 4” or so of snow in my neighborhood; I got out of Raleigh just in time to miss their snowmageddon, which suits me fine. The boys and I had a good time about 10pm last night throwing snowballs and watching big, fat flakes fall. The roads are passable now and will get better as it warms, but tonight it’ll be cold again and they’ll probably refreeze.

Dell has a pretty heavy presence at the show; Michael Przytula is presenting a session covering the Lync device ecosystem (Wednesday, 230p, Bluehorn 1-3) that I think will be pretty neat, because who doesn’t love shiny devices? George Cordeiro and Doug Davis are both doing sessions around how to identify the actual ROI of a Lync deployment, which is something customers often ask about before deployment. Even if that doesn’t sound interesting, the Dell booth will be staffed by some of our hotshot Lync guys (including Louis Howard and Scott Moore), and we’re giving away a Venue 11 Pro and a bunch of very nice Jabra and Plantronics headsets.

Now, your trivia for the week: